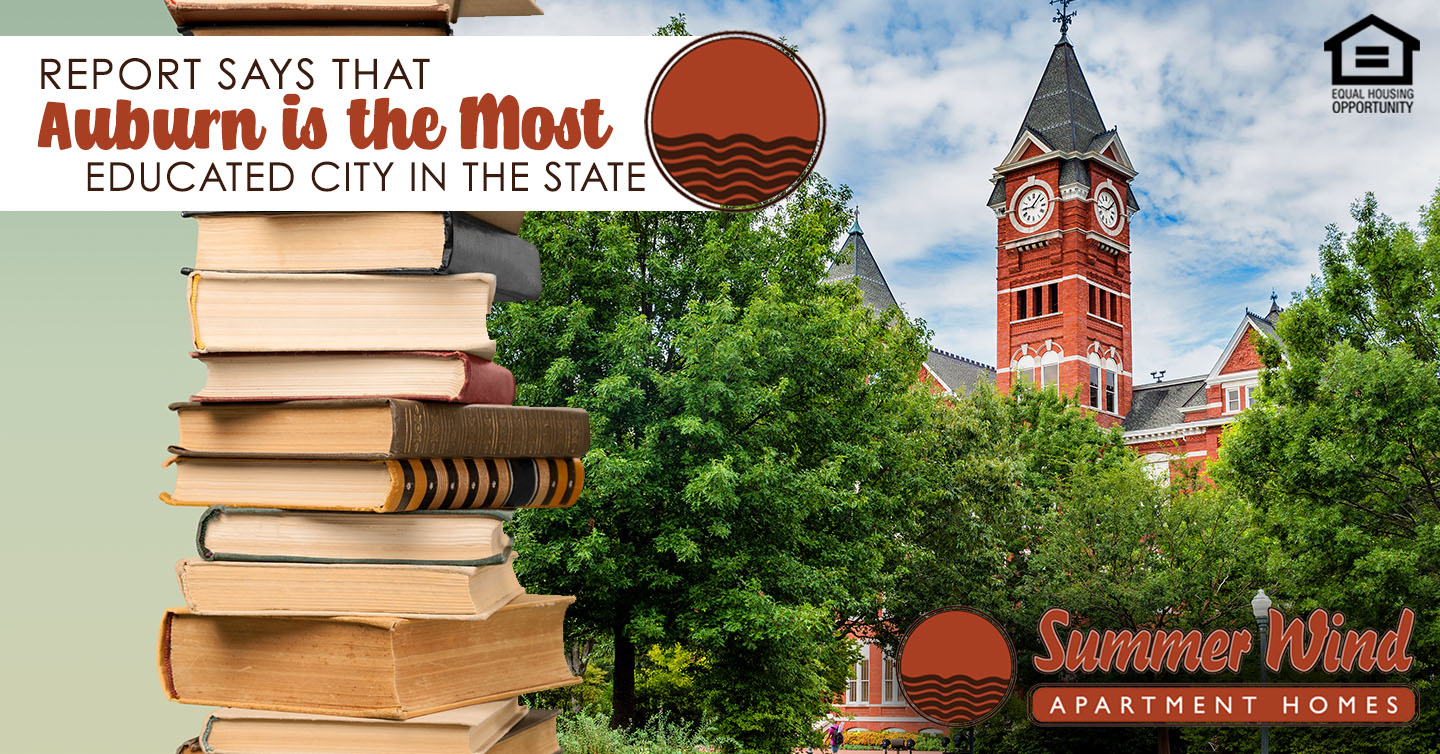 A marketing report has pegged Auburn to be the holder of quite a prestigious feat. According to the report, Auburn is the most educated city in the state of Alabama.

Being the birthplace of a university, Auburn would seem to have a rather educated population in general. However, the report outlines a newfound bragging right for the city. Insurify, an online car insurance website, analyzed education levels of different cities’ residents to come up with their findings. According to the platform, they evaluated more than 1.6 million car insurance applications.

Insurify’s results, which concluded that Auburn is the most educated city, derived from a scoring system on the applications. Each applicant was assigned a rating based on his or her educational background and accomplishment. For residents who had not yet reached post-secondary education, Insurify calculated a probability of them attending a college or university. This probability took the said residents’ grade point average or GPA into consideration. Residents who fell under this category were primarily high school students.

It’s official: Auburn is the most educated city in the state, based on this report. It’s quite an achievement for Auburn residents. It is also a testament to the hardworking spirit of the Plains. In this report, Auburn surpassed other Alabama cities like Montgomery, Birmingham, Huntsville, and Mobile for the title of most educated. All things considered, it’s quite an accolade for Auburn to have.

If you’re looking to further your education and are in need of living arrangements, consider Summer Wind! We are located conveniently near campus and on the route for Tiger Transit. We also offer the amenities and perks that suit a variety of lifestyles. Visit our website here for a full list to see if we are a good fit.

Want to know more about Auburn and the surrounding areas? Check back with our blog every so often! We plan to share all kinds of things about Auburn—from upcoming events to campus life to places perfect for your next outing or excursion.